The Trust was formed in February 2007 and became a Company Limited by Guarantee in August of that year. In 2012 we obtained charitable status.

We have a highly committed Board of Directors, with a range of skills that help the Trust to function across a wide environmental brief. Recently appointments to the Board include the National Officer from Salmon & Trout Conservation Cymru.

In addition to dedicated volunteers from one of the local angling Associations the Trust employs four members of staff. The staff comprise of;

We work with many valued partners including Natural Resources Wales, Welsh Water, Keep Wales Tidy, Groundwork Wales, The Wild Life Trust and the local Authority biodiversity and Wildlife officers in the Councils that are in the Trust area.

The Trust’s Chairman sits on the Board of Affonydd Cymru and through this body, and in collaboration with the other Welsh trusts is able to obtain funding for its work. One of the first successes of the wider partnership was the pan-Wales European Union Project, running from 2010 to 2015 entitled Environmental Improvements to Sustain Welsh Fisheries (see report below).

The map below shows our area of work across the South East of Wales. The catchments covered include :

Every river system is different and we need to use many different forms of riparian habitat and in-river improvements in the course of our work.

See where we work: 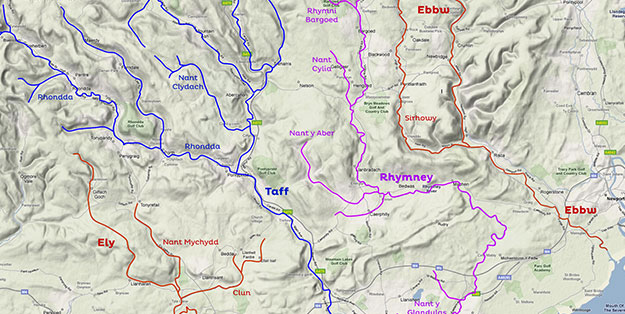 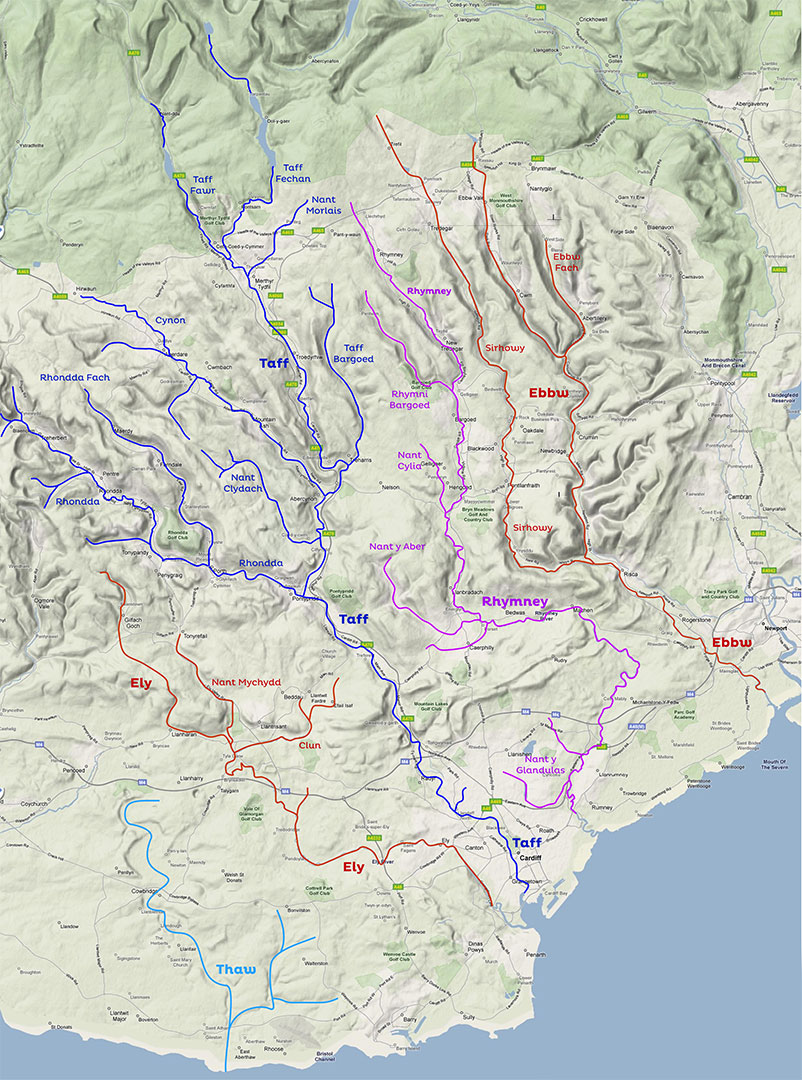